Album Art
Are Musicians Getting Their Money's Worth?

Posted by Jim Trageser on 2022-07-12
Jim Trageser writes about music for Living Blues and San Diego Troubadour magazines, and the AllAboutJazz.com website, and contributed to "The Grove Guide to Blues on CD" and "The Routledge Encyclopedia of the Blues.". He also writes the weekly Lost in Cyberspace Substack. You can visit his archive at trageser.com.

For musicians, there's no getting around the fact: When you release a new album (or even a single), you're going to pay for the cover art.

If you're self-releasing the music, that's a given. You might have a relative or a friend who's artistic and does it as a favor, you might do it up yourself, or you might spend anywhere from a couple hundred to several thousand to have a professional design it for you.

But even if you're with a label, you're going to pay for the design of the cover: The label rep may promise you that the label "provides" the cover as part of its services, but they're going to ding it out of any royalties you'd otherwise earn (along with the studio time, the cost of pressing any physical copies, marketing, etc.).

The question, then, is how important is album art to the sale of recorded music these days?

For those of us who grew up in the era of LPs, it may seem a crazy question: Of course the cover art matters! 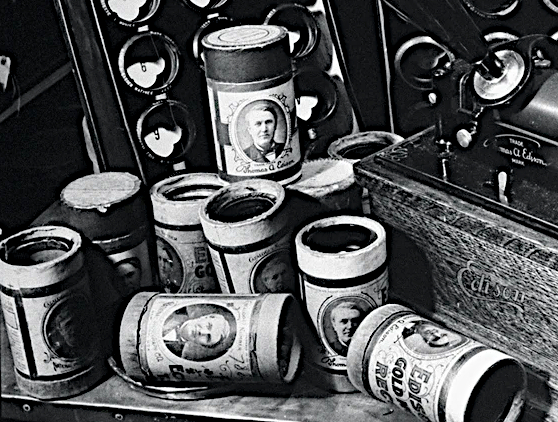 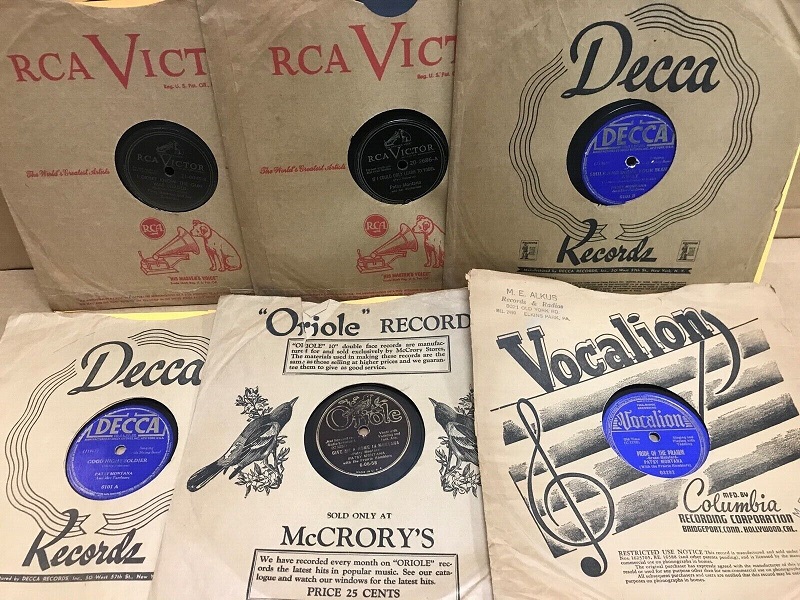 But as the format of recorded music shifted from LPs to cassettes to CDs to, now, downloads (and cassettes and LPs again!), how much of a role does an album's cover play in its sales?

It's a question that grew out of the artwork that graced sheet music in the early part of the last century before Bing Crosby showed that a recorded version of a song could outsell the sheet music.

While the earliest "records" were 5-inch wax cylinders in the 1880s that came in a small tube or cardboard box that limited any kind of decorative artwork, development of flat disc records in the 1890s gave rise to new marketing possibilities - not that anyone took advantage of them right away. 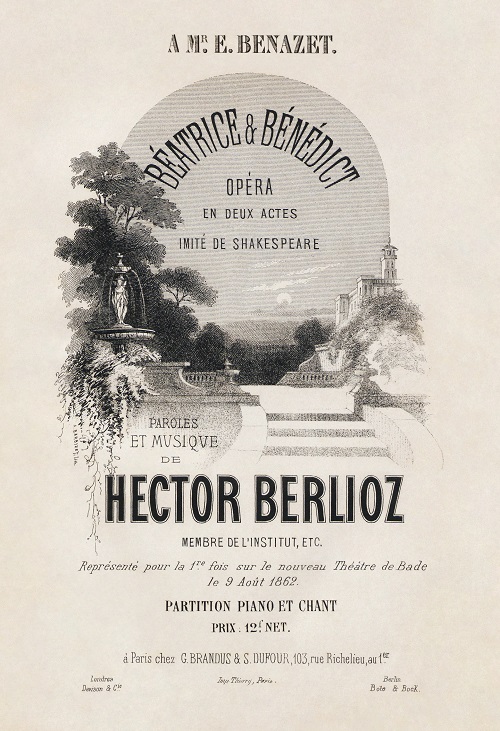 Single discs (each 78 could only hold up to 5 minutes of music, or one song, per side, inadvertently forming our expectation of a pop song being under 5 minutes) generally were sold in plain paper sleeves with a hole cut out in the middle so the artist and song title from the record label itself could be read by customers. The sleeve itself would feature the name of the label, but nothing else.

But when multiple discs were issued together in a collection, they were often packaged in a bound booklet similar in appearance, size and construction to the already popular photo albums. (The name obviously stuck.)

And those multi-song albums often had colorful artwork on the front cardboard cover to help attract buyers browsing new records at the store - much as sheet music was already doing.

As with sheet music, early 78 covers generally featured a photograph or drawing of the featured artist, or a pleasant landscape. 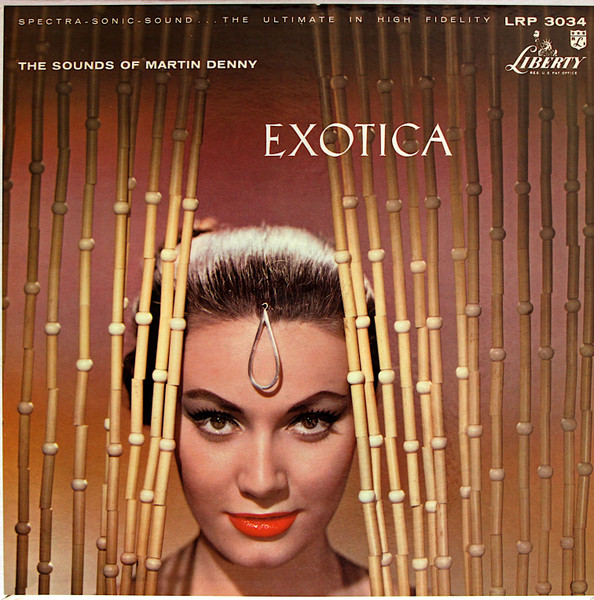 But by the 1950s, when Frank Sinatra, Nat King Cole and others started issuing "concept" albums to take advantage of the new LP format, which could hold four to five songs per side, the cover art began to get more polished, more creative. 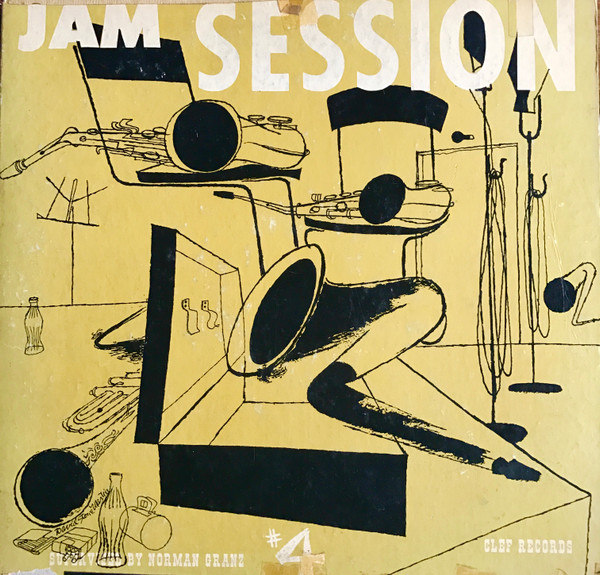 The rise of "exotica," too, featuring sultry models dressed up in revealing outfits, also became popular. (And in those cases, much of the sales were probably attributable more to the cover than the music.)

While jazz didn't have the same polish that pop and exotica did, David Stone Martin did create a series of iconic albums with his line art illustrations that seemed to perfectly capture the post-war be-bop jazz vibe.

Interestingly, Elvis Presley - one of the most influential musical artists of the 20th Century, rivaling Sinatra and the Beatles in record sales and overall popularity - never had particularly memorable album art. It was usually just a close-up photo of him, and some mildly stylized lettering.

It was in the post "rock 'n' roll" rock era that album cover design became intrinsically tied to concert poster design - with the same design firms often doing both for their clients, resulting in some of the most iconic images to grace recorded music and shaping the expectation of an album cover for two generations of fans.

By the end of the 1970s, artists and design studios like Hipgnosis, Kelley & Mouse, Shusei Nagaoka, Paula Scher and Roger Dean were in high demand to put a glossy, stylized sheen to an album with cover art drawing on science fiction, ancient civilizations, or pure surrealism.

Some bands took it even further - getting a stylized logo: Think of Boston, AC/DC, Aerosmith.

But did those logos help sell the music - or did the band sell so many records they had money to afford a logo? 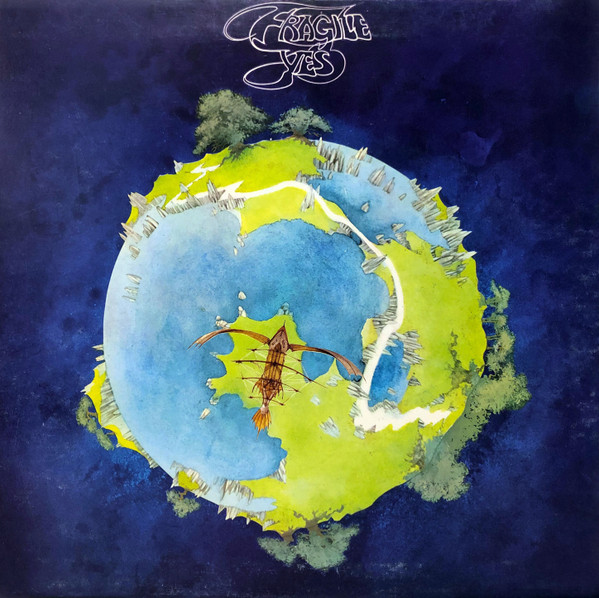 The English progressive rock outfit Yes was one of the first bands to have a logo that would consistently market its albums. The logo first appeared on "Fragile," their fourth album appearing in 1971. The cover by Roger Dean set the tone for their next half-dozen releases. 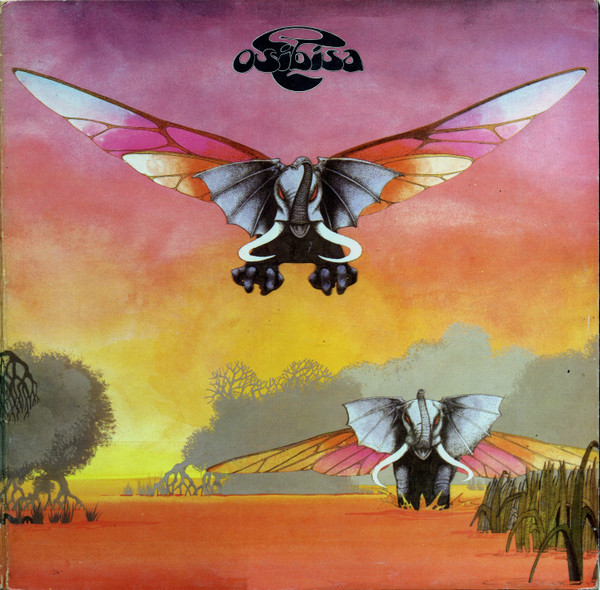 While Yes was selling millions of albums, Afro-pop pioneers Osibisa were also issuing a series of LPs beginning in 1971 with covers by the same artist, Roger Dean, and a band logo that is remarkably similar to the one he designed for Yes.

If covers were selling records, Osibisa would have been huge. (Everyone reading this would be familiar with them, for instance.)

Instead, their self-titled debut peaked at #55 on the U.S. Billboard chart. Their follow-up, "Woyaya," - also with a cover by Dean - did even worse, only getting to #66. Subsequent albums, all with bright, psychedelic covers, barely made a ripple.

So clearly, the artwork alone can't sell an album.

In fact, if we look at the top-selling albums of all time, few had particularly distinctive artwork. Michael Jackson's "Thriller" - the best-selling album in history - has a cover that is certainly professional, capturing the singer in a relaxed pose with his name superimposed in a script-like font. But it's nothing special.

AC/DC's "Back in Black" was even less visually striking, while the soundtrack to "The Bodyguard" contains a still of Whitney Houston from the film.

Not until we get to Boyd Elder's famous cover of the Eagles' "Their Greatest Hits (1971-1975)" in the No. 4 spot of best-selling albums in history do we find a memorable cover. Pink Floyd's "The Dark Side of the Moon" sits at No. 5, and had it's iconic cover designed by graphics studio Hipgnosis. After that, we have to drop down to #15, the Beatles' "Sgt. Pepper’s Lonely Hearts Club Band" for the next truly original cover art.

The vast majority of the best-selling records of all time had fairly pedestrian cover designs.

And Bing Crosby's version of Irving Berlin's "White Christmas," which has sold more than 50 million copies since it's release in 1942 (making it the best-selling single in history), was originally sold as a 78 with a plain brown sleeve!

There is also the tactile consideration of how music is discovered and purchased today: the music store, which ruled from the 1920s until the 1990s, no longer exists except as a specialty niche outlet. A few book stores and department stores still carry a small assortment of CDs (and, sometimes, LPs), but most music today is bought online with mail delivery or as a direct digital download.

If one is perusing the iTunes store, Amazon, BandCamp or 7Digital - or an artist's own website - the cover of any album has far less opportunity to be noticed by a potential customer than was true in a physical location where customers would flip through LPs, the 12-inch covers right in their face. There, a truly striking cover might cause a customer to pause a second, maybe flip the record over and read the liner notes on the back.

Browsing an online store is a completely different dynamic, more akin to browsing postage stamps - the possibility to be grabbed by the art is very obviously less than it once was.

Now, nobody wants a terrible album cover. Most musicians take pride in their music, and issuing an album remains a big deal - as it should.

You want a cover that reflects well on your music, on your professionalism and craft.

And it should be thematically consistent with your music. If you're making a punk album, a cover of a peaceful meadow may not convey the message you intend. A jazz album might not be best served by a wholly chaotic scene on the cover.

But before taking out a loan or selling your car (or, worse, prized guitar) to pay someone to provide you the perfect album cover, weigh what it is actually worth to you.

Set a budget ï¿½" and stick to it. It's okay to have an idea of what you want, but if you are hiring someone to design it for you, be open to their ideas as well.

And don't let the stress of getting a cover distract you from what you should be focused on: the history of recorded music shows that it is songs that sell records, not covers.