Posted by The Bigfellas on 2022-08-16
We like to turn people on to music, artists and albums here on the blog. This week is a slightly different mission: to turn you on to great sketch comedy and Mr. Show.

The 90s were kind of a golden era for tv sketch comedy that we haven't seen since. It was a solid stretch for Saturday Night Live. Kids In The Hall were still going strong in the early 90s. MadTV and The State were around.

But the show that most comedy nerds put on a pedestal was Mr. Show.

In my experience when you're sitting friends down to turn them on to something funny, there's a little pressure on each sketch to be a killer. If you show somebody SCTV, sometimes some sketches fall flat or drag. If we're all honest with ourselves, the same is true of Monty Python's Flying Circus, too.

Mr. Show still has some duds (the Anne Frank house sketch comes to mind). But their batting average is great.

Mr. Show took a page from the Monty Python Flying Circus book and had sketches blend from one to the other. Even though we are recommending highlight individual sketches here in this article, watching full episodes are pretty fantastic.

* Season 3, Episode 10 - Includes Pre-Taped Call-In Show, Titannica, Local World News, The Return of the Curse of the Creature's Ghost/Chip on Your Shoulder Club/Up Your Mother's Ass, Acting Is Dumb

There are about 150-170 skits in the history of the show, depending on how you break up some of them.

We listed just under 50% of them in a gotta-watch list, which is about the same ratio of playoff teams out of total NBA teams

Or watch MOST of them. We assembled all 28 of these videos from what’s out there on YouTube a couple weeks ago. In the two weeks since then, six of the videos were taken down for rights issues. I find that a little ironic since Sony kind of buried all the episodes for years in the 2000s right up to the HBO Max era. NOTE: In the coming weeks or months, some of these videos may also be yanked. If you notice that here before we do, we would love it if you sent us a message letting us know.

A perfect Mobius-strip of comedy. You can re-watch it on a comedy nerd level, or just belly laugh the first time you see it for David Cross’ frustration level alone

This is the sketch I’ve shown to the most people, hands-down. If you’ve ever seen HR Puffenstuff, Lidsville or if you’re a fan of drugs then "Don’t forget to breathe", "Is he cool?", "They’ll know, they’ll know!" or "The Professor’s freaking out!" are incredibly resonant

3. The Story of Everest 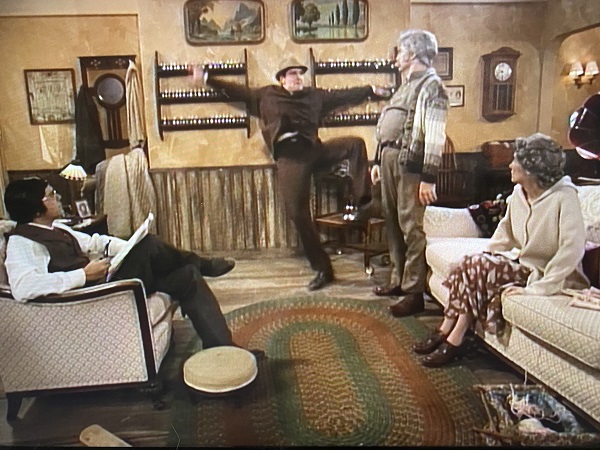 The only other consensus top sketch among Mr. Show fans. The more the premise (falling into shelves of thimbles) gets beaten to death, the funnier it gets. Come for Jay Johnston’s physical comedy, stay for Bob Odenkirk’s angry responses! 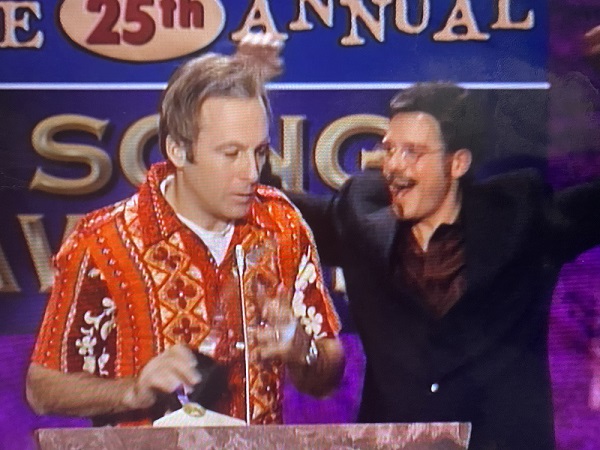 Another tour-de-force of premise, but doesn’t matter because it’s funny. At the Sad Song Awards, things go haywire - every year. The best parody music ever on Mr. Show. Prepare to feel weird laughing about Eric Clapton’s "Tears In Heaven"

Comprises about 40% of one of their best episodes. The studio pitch meeting starts out funny, Coupon: The Movie gets you laughing out loud and then still morphs into Jack Black et al giving their thumbs up. Must watch. 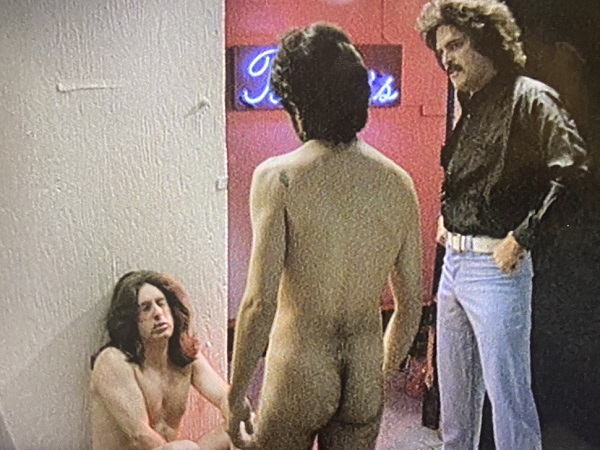 This episode is non-stop greatness. But the sketch keeps hitting you hard from two alternating directions: Repeat panning-in on David Cross movie host (a la Robert Osborne) and then the movie Streakers. Chef’s kiss.

Maybe the hardest I’ve ever laughed at a comedy sketch. The outrageousness of the dueling Monsters of Megaphone keeps escalating, but when the Feds step in after "Counterfeit Money Machine", I laughed uncontrollably.

Short simple premise of how bad edited-for-television substitutes for swearing are. "You dirty piece of shoe" and "Chinese dentist" will get you. Not a bad Goodfellas parody in the meanwhile.

Bob’s flat affect voice over artist really sells it. I could have watched 20 minutes of this. "Any cock’ll do!"

By the time we get to the rap-off at the end, outloud belly laughs ww/ Bob and William Van Landingham (the 3rd) faceoff and then David slitting the kid’s throat during the bike race.

11. Commercials of the Future 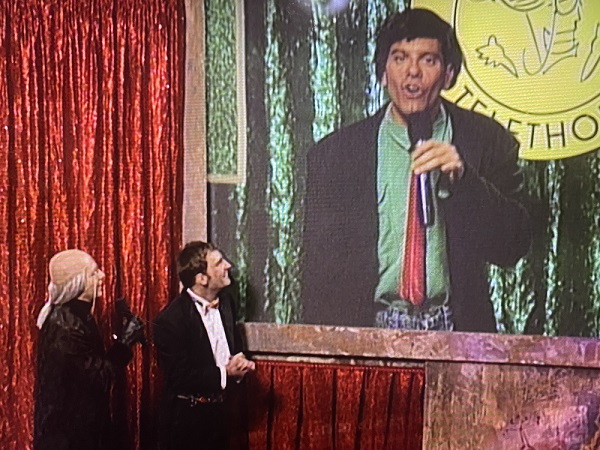 There are so many highlights in this one: "Please don’t kill me", telethon humor, King of the Putdown Dick Rondell, the Singing Duke of Beepers. A favorite

A triumph of negative advertising, except between supermarkets. Keep your eyes on the number of locations at the end of each commercial.

So many parts inside of the Blowing Up The Moon sketch ï¿½" particularly the country music of C.S. Lewis, Jr.

Are you a two-jar slave? If so, then "Let’s get the hell out of here!" - Abe Lincoln in a yellow suit.

The repeat clips of Josh Fenderman dancing are incredible. So incredible, they’re "Pumpkininny!"

A great, great sketch. It could be the one you show to people to turn them on to Mr. Show but the puppetry and fake body are legitimately gross, despite how funny it is. 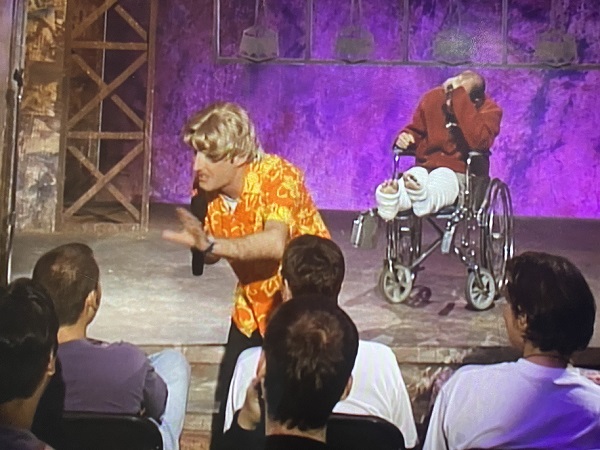 Lots of great comedians have parodied manic free-association comics (aka Robin Williams) but Tom Kenny as Kedzie Matthews is the gold standard.

It’s Bob’s religious host Dr. Rudy Moore that makes this ("and the lapse he has planned for August") 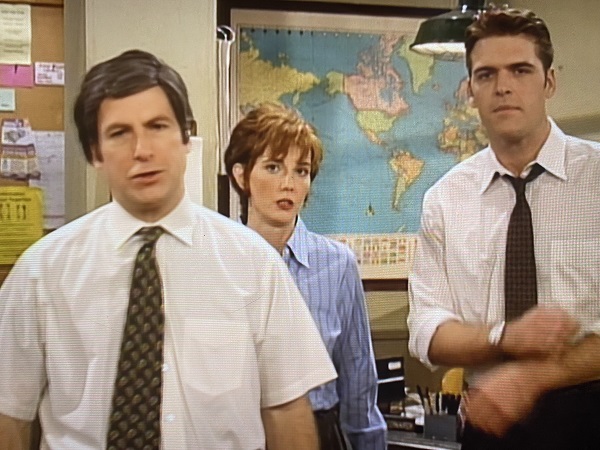 Another meta sketch with layers to unpack, all while poking a hole in the America’s Most Wanted reality bubble.

How good is Tom Kenny? The secret weapon of Mr. Show whom you may know as the voice of Spongebob Squarepants. You’ll appreciate the wheelbarrow after this one.

It may be apocryphal but I once read that this sketch is partially responsible for getting Bob Odenkirk cast on Breaking Bad.

Very specific for Beatles fans. Every on the street interview is perfect (John Ennis as a stuffy Brit). The Fad 3 changing diirections during onstage photograph kills me

Jay Johnston is so good in this sketch it almost makes you forget he was part of the Jan 6. Capitol riots. That is not a joke. Google it.

Not the most substantial or creative ones ever. But it’s got reporters Jazz Witherspoon and the "Singing" "News" Reporter, Carl Bellflower