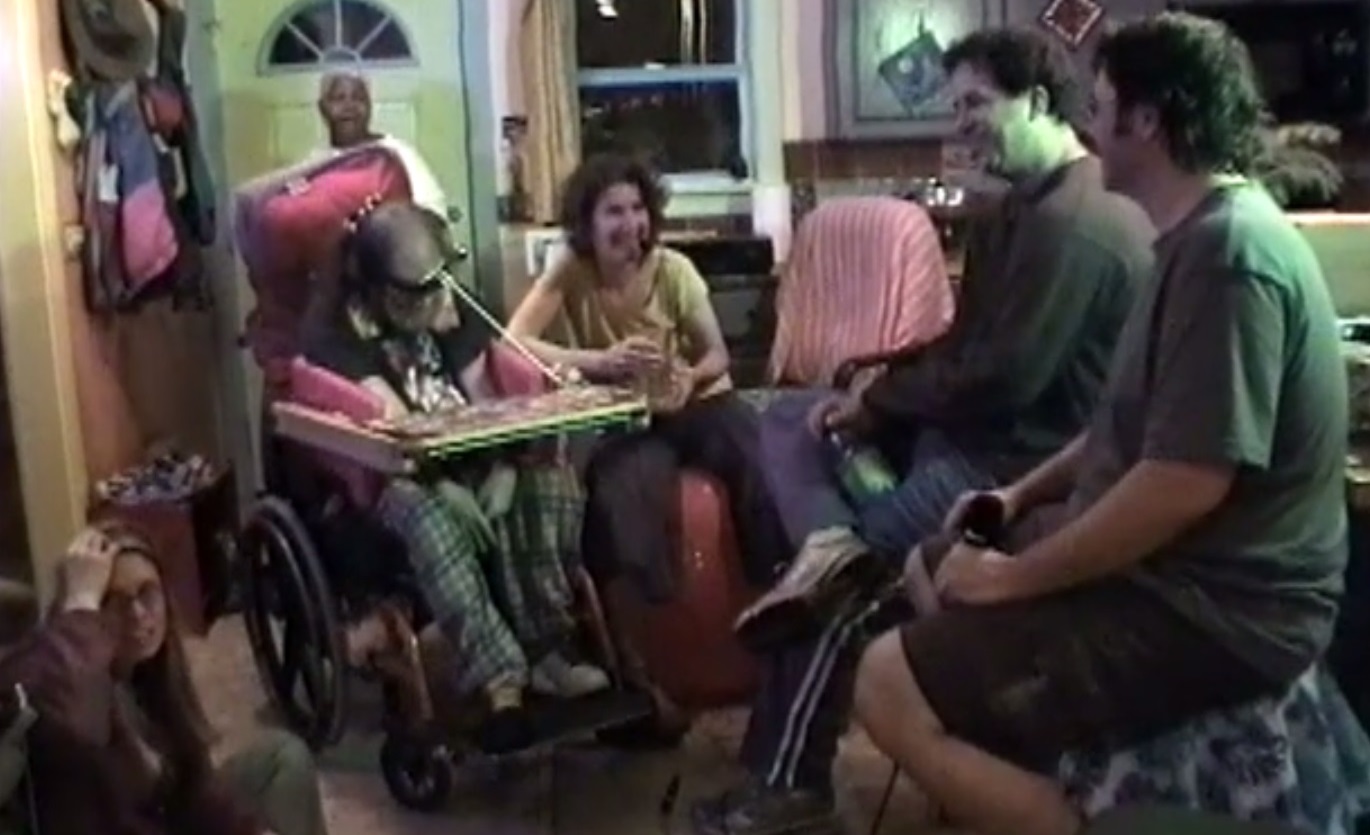 Posted by Charlie Recksieck on 2022-08-30
Wanna know about clearly one of our most unusual gigs? It's all relative but I think it's an easy answer for us: Our 2006 appearance on Frank Moore's Shaman's Den.

A quick answer would be that Frank Moore was a hippie performance artist with severe cerebral palsy. Alternatively, here's some biographical info taken from Wikipedia on Frank:

"Frank Moore was an American performance artist, shaman, poet, essayist, painter, musician and Internet/television personality who experimented in art, performance, ritual, and shamanistic teaching since the late 1960s. Moore was one of the NEA-funded artists targeted by Jesse Helms and the GAO (General Accounting Office) in the early 1990s for creating art that was labeled 'obscene'."

First of all, anybody on Jesse Helms' hit list was and is ok with me. OK, I buried the lead a little; Frank's cerebral palsy was so extreme that was unable to walk and speak. So, he communicated with a pointer strapped around his head and pointed down to letters and words on a Ouija board sized plate in front of him on his chair. It took a while for Frank to communicate this way; Better Call Saul fans can think of how Hector Salamanca spelled and communicated on that show.

Frank Moore was flat out a pure artist. He wrote an impressive volume of books. He was a film director, poet, activist, interviewer and just a host of cool scenes. Then there's the erotica - back to Wikipedia:

"Moore coined the word 'eroplay' to describe physical play between adults released from the linear goals of sex and orgasm. He explored this and similar concepts in performance and ritual as a way for people to connect on a deeper level beyond the social and cultural expectations and limitations."

We didn't get the scratch the surface of everything he was about. We were just booked to play on his wild tv show in Berkeley.

"Frank Moore's Shaman's Den is a show that will arouse, inspire, move, threaten you, not with sound bites, but with a two-hour (usually longer) feast of live streaming video. You might get an in-studio concert of bands from around the worldï¿½"or poetry readingï¿½"or an in-depth conversation about politics, art, music, and LIFE with extremely dangerous people! But then you may see beautiful women naked dancing erotically. You never know, because you are in The Shaman’s Den with Frank Moore."

Our appearance was part of a quick 4-day tour to the Bay Area and back in 2006. Let me tell you, the other San Francisco appearance that weekend was the dud - playing at a laundrymat / music venue called Brain Wash. Yes, you read that right.

Anyway, The Shaman's Den was filmed at Frank's house, or should I say Frank's collective's house in Berkeley. We really half knew what we were getting into, but arriving at the multi-colored house with a wild front yard in a trippy Berkeley neighborhood, we knew it was going to be good. 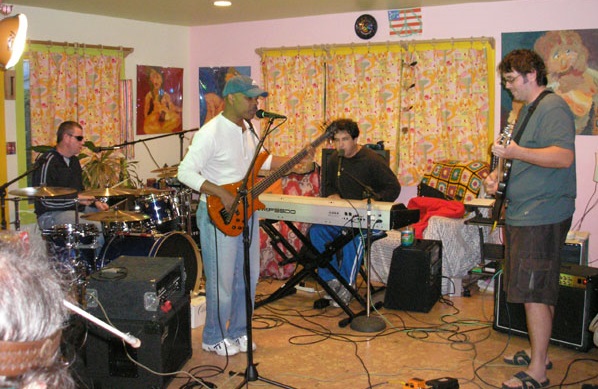 Saying hello and loading in our gear, we met Frank and the rest of the gang. There was Frank's wife, a couple of sound guys, and a couple of young women who all were party of Frank's little circus, and a sincerely mean that in the best way. Everyone could not have been nicer.

I will say this, this was not a typical gig. To meet the moment, I believe Shaun, Tim and I developed a coping strategy of getting very high. It turned out to be a very good move.

We played a pretty typical set for us. Frank particularly liked "I Wish That I Were Gay" and the golf rap, "On The Green". Playing was the easy part. Next came the interview. 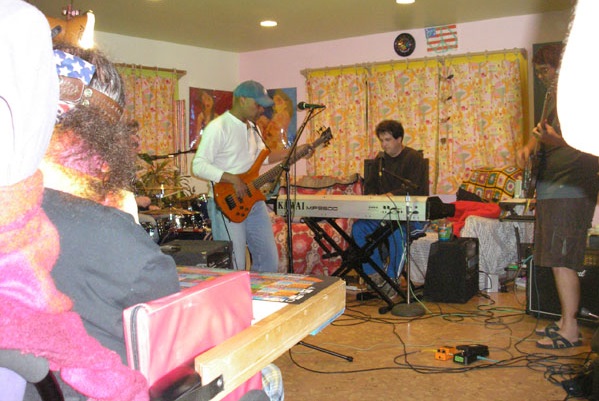 You can watch it on the back half of the video above. It really was a fun interview. Yes, the questions took a while for Frank to get the questions out. But we do feel that we got into a good rhythm very quickly. 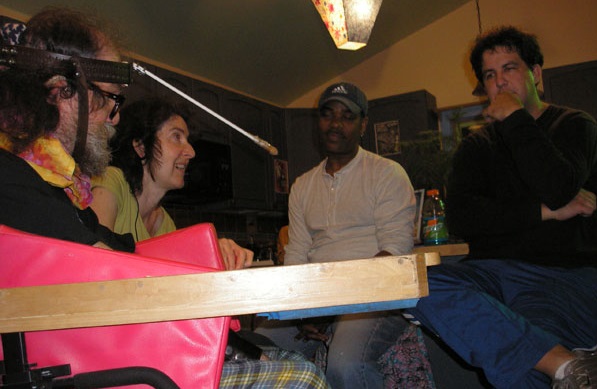 My favorite parts of the video are watching Shay having a smoke while packing up and trying to sneak past the interview at one point to get to the bathroom. In his defense, Shay wasn't smoking pot so we had a leg up on him.

In the interview, patience is rewarded. It may take a while, but you see Frank's wit, curiosity and sense of play.

It may have seemed batshit nuts, but we love the spirit of the whole operation. This was a crew committed to all of their art, welcomed artists of any and every stripe. We wouldn't have missed it for the world.

I subscribed to and read Frank’s newsletters over the years. He really was a great writer and always with something to say. I always felt great to see a message from him or his crew, knowing he was out there pushing the envelope. He died in 2013 but left quite a footprint. I encourage you to take a look at his work.

And here’s just about every project of his.

4:20
Adam & Eve & Ted & Alice
On The Green
Moving Day
I Wish That I Were Gay
Slow Burning
Reinventing The Wheel
Key To A Door
I’m OK, You’re Not