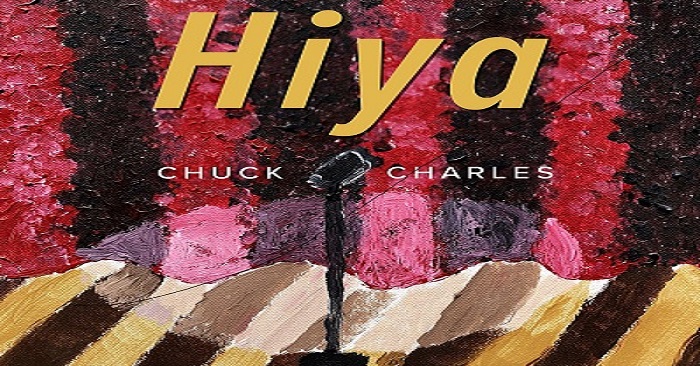 Why It Took 3 Years To Release A Finished Album
Hiya

Posted by Charlie Recksieck on 2022-03-08
I released an album (it's called Hiya) in late 2020 that was actually recorded in 2017. Why in the world should I sit on it for so long? That's a question I asked myself so I'll work it out in real time writing here.


Why It Took So Long

Music Means Something Different 1-2 Years Later - Not that I write myself very often about human emotion. You earthlings and your feelings can be fascinating, though.

Let's say you write a song in March 2022 about something upsetting, a breakup, a death, or something positive. Your emotion and inspiration is in March 2022, by the time you finish writing the song, it might be May or June. Then by the time you have album's worth of songs in a studio it might be September 2022. You could be mixing and engineering in early 2023. Assuming you're doing even rudimentary promotion, then you'd probably have a release date, it's probably August 2023. That's 18 months after that initial spark. The air kinda leaves the emotional balloon by then.

There's always a time-lag, if you're seeing a singer do their new song about the birth of his/her first child, that kid might already be in preschool.

Timing With Breakup - My girlfriend and I broke up in Summer 2017. But some of the songs towards the tail end are about relationships but not her. They've been sitting around for a few years. Ironically, the one song about her was a song celebrating her and my connection, "Oh My". By the time that song ever came out, singing post-dated love lyrics seemed a little sadder than an actual broken heart song.

Putting Out A Record Takes Time - Even for the most indie, D.I.Y. of bands like us, if you want people to hear it and you conduct yourself professionally at all, it takes a LOT of time. I wanted to take the time to do it right, and honestly, I wasn't in a hurry to do all that work.

Let's work backwards. If you want to release a record on Oct 15th, 2020 ï¿½" then you'll want it in the hands of radio, reviewers, etc. by July 31. To do that, you'll want it in the hands of your promotion team or whoever is friendly with you by June 30. Before you want to draw attention to yourself, you need to have your website fully in order; in our case we really need a re-do of this site. (How do you like it?) Thusly, you've gotta start working on the site by April at the latest. Meanwhile, if you're pressing CDs, those will take a month to get to you so those needed to be in around May; going further backwards you'll want the album off to mastering by March; prior to that you'll want to be doing final mixing by January.

Mixing is really the last FUN part of making music. With our schedule above, that meant 9 calendar months where it's about the music business instead of making music. Not always fun. But the alternative to working hard to get the word out is really just making the music, telling friends and family about it, and complaining on your barstool that the music business is unfair. I don't like option B. If the album was worth making, it was worth promoting.

Pandemic - Keep in mind that I'm not making the difficulty for a marginal band to release an album is a real COVID tragedy; remember that no matter what I say here.

When you're talking to promoters you are calling offices and very often you are still sending a literal CD. Those people were not in their offices in 2020. Also, I'm not sure about you and your job, but working extra hard was not exactly what the world was all about in Summer 2020. So, it's even more likely that people in music would not return calls, answer emails or listen to tons of new music.

CDs? - Here's something I noticed: Almost everybody I know doesn't have a CD player anymore. Folks on mailing lists used to buy CDs right when they came out.

Also, re: CDs, since live performance was out of the picture starting March 2020, then the whole world of CD Release Parties and people at shows buying the new CD in person all went out of the window.

If Not CDs ï¿½" - Here's the worst part that I think we learned in this release. Not only are people not listening on CDs, but iTunes sales are down across the board. More people heard the new record via Spotify than anywhere else which means that we had a problem: Spotify doesn't pay much. Guip.

Time To Move On - After living with one batch of "new songs" for too long is boring. "What’s next?" is always the most exciting question for anybody creating anything. And there was no point in writing songs in 2018-2020 with this album of finished songs clogging up the works.

Extra Pandemic Time - During the early months of the pandemic I frequently mentioned that if there's something you always wanted to do and did NOT get it done during COVID era, then let's face it ï¿½" you were never gonna do it. If you wanted to learn to juggle, had a novel you'd been meaning to write or a second language you wanted to learn - and you got to 2022 without doing it, then I've got bad news for you.

Personally, having a project was a good thing for me. Pushing a record is certainly a project.

Kept Me From Writing About COVID - Like I mentioned above, when you're promoting you unfortunately are not writing and recording music. I don't think I wrote one damn song in 2020. I think I dodged a bullet to have not cranked out some overwrought song about isolation or Donald Trump. I didn't really have much to say and, for me, 2020 was the perfect time to not say it.

San Diego Music Awards - We here at Bigfellas HQ have long been fond of describing ourselves as "award-eligible" or "critically-acknowledged". Well that got ruined in 2021 when the record got nominated for a San Diego Music Award. Music awards are meaningless and local area music awards even more so - except that it was a nice gesture from the community, a nomination maybe made a few extra people hear the record, it's nice fodder for our press kit and, most importantly, I got to wear a terrific jacket to the awards. 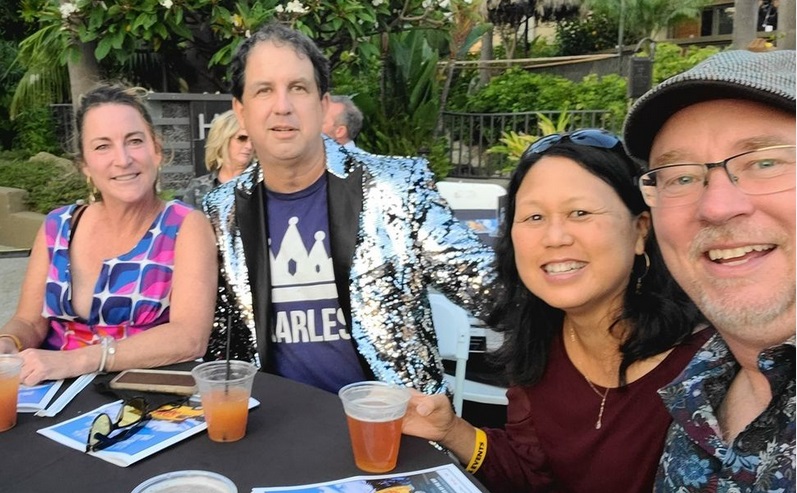 Okey-doke. In case you’re reading this far and haven’t bought the record yet, there are plenty of easy ways to do it (or stream it if you must): Hiya home page. And in all seriousness, thank you for supporting independent music.