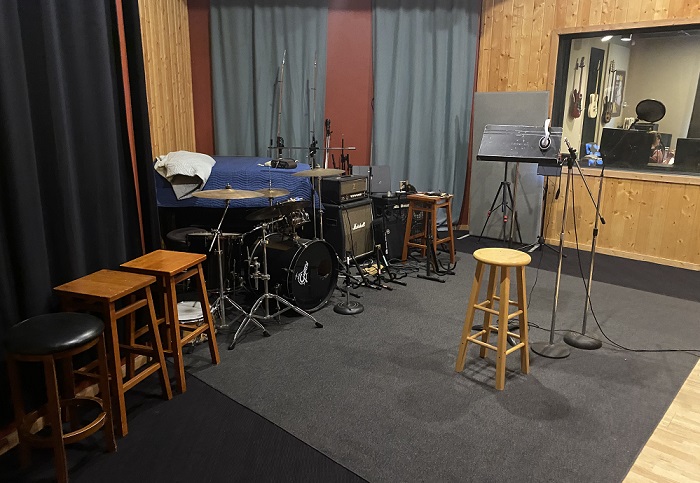 Posted by Charlie Recksieck on 2022-08-23
I recently have started up a project with newbies singing in a professional recording studio. Details are still coming. Believe me, details will be coming so often when we announce this that you'll get tired of details.

Meanwhile, we had these people in the studio this past weekend. Seeing everybody in the studio trappings with the headphones and staring at the control room, it reminded me that studio recording can be intimidating!


It's Been A Long Time

It's been a long time since it was my first time in a studio. Almost 20 years ago, The Bigfellas our first EP, Clap! in Ocean Beach here in San Diego. We had so much to learn but it was pure fun. The three of us were a true band, with Shay, Tim and I firing off ideas, having fun, and totally into it.

When we started on the Chubbed Up record, we shopped for another studio and found Andy, whom we haven't stopped working with since. Not only is Big Rock Studios home for all of our projects, Andy is a killer guitarist who's play live as one of The Bigfellas about 100 times and on a couple of small tours. 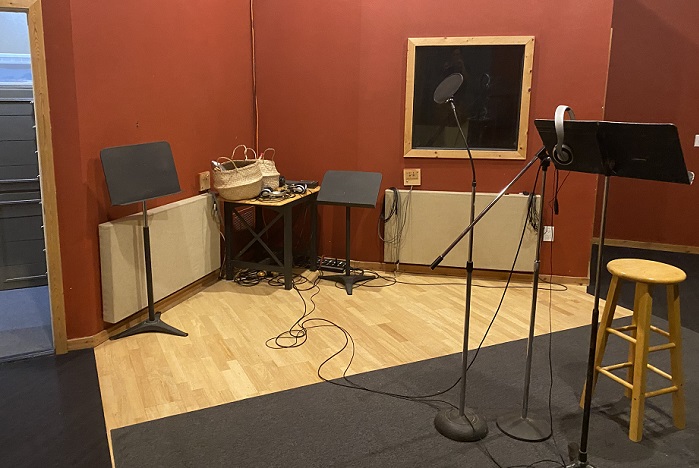 I will admit, the first time in his Escondido studio, we were a little starstruck or daunted by the studio setting. The wood floors, the sound baffles, the expensive equipment, the bona fide control room, etc. And the sound that Andy gets particularly out of the live drums and also the acoustic guitar has never stopped amazing us.

I know what gets the best of just about everybody in this recording environment. Depending on the producers and engineers you're working with, the price of being in the studio can be between $50 and $200 an hour; even more to work with musical household names.

When you're struggling to get a vocal nailed, it can take 8 or 10 takes of just one line to get it right. Hell, it can take 8 or 10 times to get it right when things are going well; "struggling" would be 28 or 30 times. The notion of great singers meaning they nail it on the first take is total BS. You've got to try it a couple times to wrap your voice around the song, develop your phrasing, try things and just warm up your voice. When I sing my own songs in studio, sometimes the words just don't sing easily which means there's something wrong with the lyrics so the right thing to do is to rewrite the line.

Anyway, when the meter is running it's easy to freak out. When it's your money paying for the session that freak out is natural. When it's somebody else footing the bill, then that's a totally different type of anxiety.

Sure, you do full versions of the songs in your sessions; the best takes really are that organic and have some flow to them.

But often times you have to "punch in" and just re-do a couple words that didn't sound right. There might be a slur, a microphone pop, or just a spot that wasn't right. So, you need to get that little 2 or 3 word line correct. 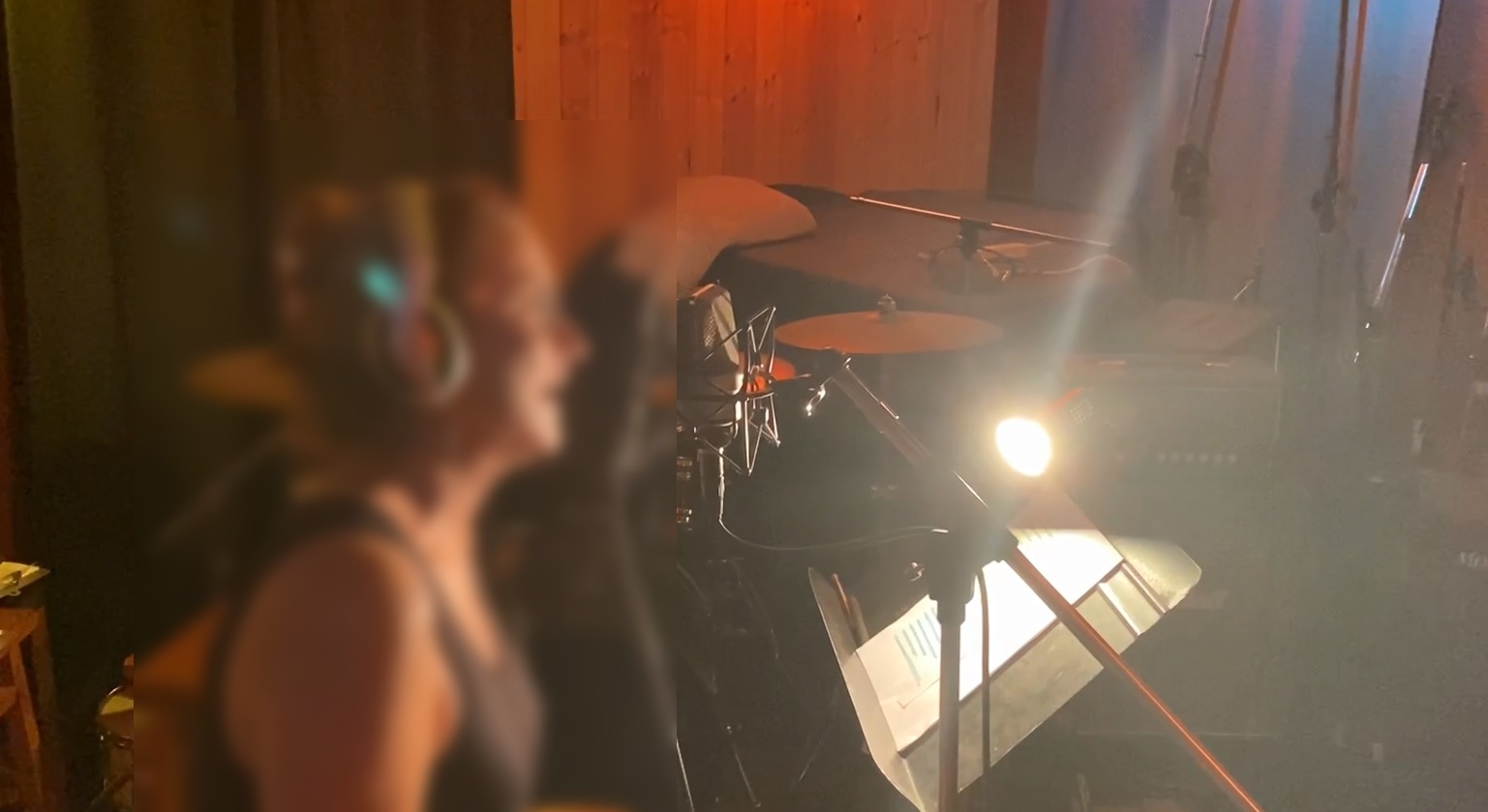 There's a technical term for when a small bit of a song gets inside your head: "Mind fuck."


Intimidating - Even For Musicians

Big Rock Studios really looks like you picture a working music studio would. Often times I've brought some musical friends from other bands I know around town to play a part on a track. Most of the time it's somebody I know well, and we have a good enough time together that any first-time nervousness kind of dissipates.

But there has been one or two times where we've had somebody in who we know has played comfortably on a stage a hundred times - and after an early flub and needing to punch in a part of a solo then let the mind fucks fly. One guy in particular just went white and had a total meltdown. I was in the control room and had to get out of his line of sight through the window to tell Andy that we would just pretend that he "nailed it" and we would do the part ourselves later after he left. Honest to God, this looked like a complete anxiety attack and were worried about him driving home. He made it, by the way.

The other beauty of being a newbie in the studio is the total music education. I describe it as "rock and roll fantasy camp." The main lesson one learns is about how modern pitch-correction technology can make almost anybody sound great. Notice that I said, "almost anybody."

It's hard to trust in this when the studio headphones are sending back your voice back directly to your ears and head, completely dry and untreated. Even at every karaoke bar, your voice has a lot of reverb on it to make it sound fuller and reduce how pitchy you can sound. But when recording, none of that stuff is there. I can be a real pipe to the knees, ego-wise.

The most important thing about a vocal take is to project, to sing it strong with some air. The best-kept secret is that an off-pitch note is not usable. An uncommitted note is unusable, whereas a strong off-pitch vocal can be corrected. Once you’ve got that strong take, fixing it is as simple as drawing a line on the computer screen with a mouse. 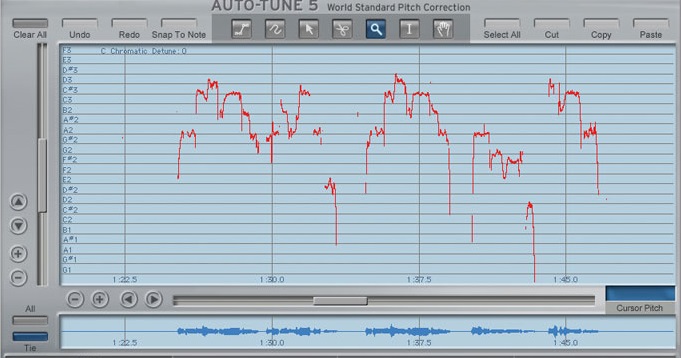 We'll get into this more specifically in a blog post sometime.


Do You Wanna Get In The Studio?

If any of this raises some questions and you think you'd want to take a whack at it, I can make that happen. We can put together "rock and roll fantasy camp" for you.

Seriously, if you want it, reach out to us via our contact page. We’ll get you in the studio ASAP.

In Defense Of The Accordion