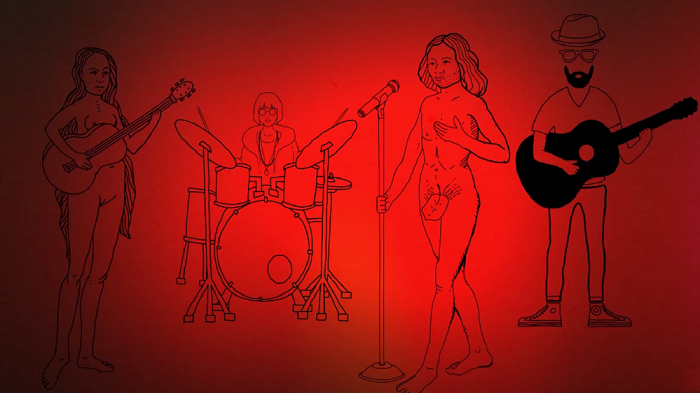 Posted by Charlie Recksieck on 2022-05-31
Years ago, a few friends and I embarked on a project to read the Bible. Actually read it. Each book of the bible for 66 straight weeks, sort of like a book club. We have a ton of content on that and someday Mike and I could publish it - if we're confident we wouldn't be firebombed by violent fundamentalists who wouldn't even read it before putting a fatwa on us.

Anyway, one of the first things that I remember about the Book of Genesis is that Adam then Eve just kind of pop up out of nowhere. (There's actually two conflicting stories in Genesis how they came to be. From my old review: Chapter 1, Verse 26 "And God said, Let us make man in our image, after our likeness" and Chapter 3, Verse 22 "And the LORD God said, Behold, the man is become as one of us, to know good and evil". And who exactly is this "US", anyway?)

At some point I just loved the idea if some other couple just popped up in the Garden of Eden. That was the genesis of "Adam & Eve & Ted & Alice".

Despite having no ability to draw, about 20 years ago I had a fantasy that I could make a great comic book. The two recurring stories would be "Adam & Eve & Ted & Alice" - a play on hypocritical swingers Ted & Alice joining a skeptical Adam and a kind-of-into-it Eve - while the other was going to be "Melmo: The Gay Politico From The Future" with his sidekick Dr. Lung. Long story.

As I've said before about wanting to write a investigative longform magazine article about the trash that mankind has left on the moon, I'm lazy and converting the idea into a 4-verse song was MUCH easier.

I remember for a fact that I made a conscious effort to write this song in an unusual key (F#). Too many songs are in normal keys, and my hands gravitate to D chords whenever I first sit down to a piano. At least for me on piano, each musical key has its own personality. This one being predominately black keys on the keyboard and being in a different place, naturally inspires to be played different.

And this song caught me in one of my Steely Dan phases where I think: Why just use 3 chords in a song when you can use 9.

Like all of our songs, we start in the studio with Andy (producer and engineer extraordinaire) having Shay and I playing the song together in the studio to find out how fast it should be. Then Andy sets the "click" track for whatever speed. In this case, it was 109 BPM (beats per minute). So then in everybody's headphones on every take, there's a click track with pervasive boinky click sounds in 4/4 time - we hear clicks going off at a 1-2-3-4 interval at the rate of 109 clicks per minute. 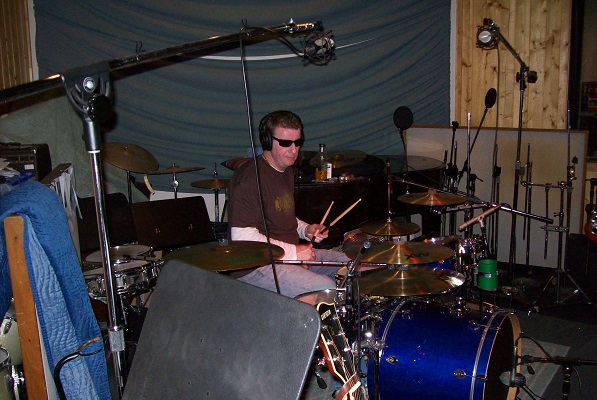 Then the first actual recording is me playing a piano and singing "scratch" track - meaning that this piano or vocal won't actually be on the record, we "scratch" it from the session later. It's just meant to be a guide to Shay on the drums to play along with and get the right energy. Personally I have to say this: recording track by track individually like this is much more efficient for getting clean performances (aka it saves studio time and money) but it's really hard to have the proper energy in that antiseptic headphone environment. I always feel like The Bigfellas secret weapon is that Shay plays drums with energy even if we're in front of an audience of 1 in front of the DMV. It really gets things off to a great start. 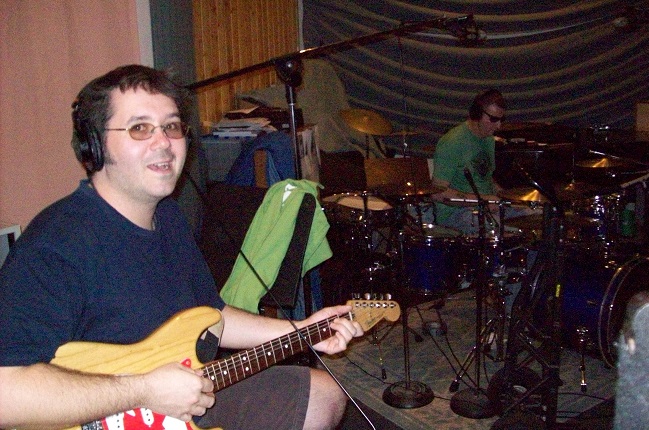 After that then we put tracks on in order: acoustic guitar, piano, bass, guitar, vocals, background vocals. In the case of "Adam & Eve & Ted & Alice" we also wanted saxophone in the wordless bridge. Our roster of horn players was thin back when we recorded this and didn't have a deep bench (like we do now with Andrew Zahariak, Barry Dorr and Moises Ortiz). So I email the mix up to a friend in Seattle, Tommy Prigmore. This was the first time we'd done something like this; sending a track and instructions to somebody 1000 miles away and just hoping the track he sends back was to our liking. It was. Oh, the modern era. There are lots of records where two musicians are playing on the same song and they've never met each other. Weird, wild stuff.

The song was never a "hit" of ours. The Bigfellas, yes, don't have hits. But we are lucky enough to have a few songs that make sense and catch the ear of new audiences on a first listen (the golf rap, "I Wish That I Were Gay", "Dollar For Every Dime"). "Adam & Eve & Ted & Alice" is not one of them. That said, I still love this song and love playing it.

Years after the fact and after something like 100 live performances of the song, I wanted us to have a video. Since this song started as an idea for a comic book anyway, then why not pay an artist (over the internet in Eastern Europe whom we've never met) to create an animated video of it?

Here is that wonderful result:

Lastly, look what I found. Some religious scholar stole our concept without attribution:
https://strangenotions.com/adam-and-eve-and-ted-and-alice/