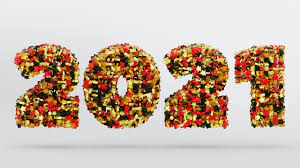 2021: My Favorite New Music
Best Of The Year Found So Far

Posted by Charlie Recksieck on 2021-12-28
Despite 2021 setting personal bests for being inside and online, I've done maybe an all-time worst job of staying on top of music this year. As music continues to get more splintered, it also gets harder to find direction when looking for new music - despite more tools and apps that should make it easier.

At the end of every year, I embark on a crash course to review music I've already enjoyed and read up on various best-of and summary lists to catch various songs of the year before they have a chance to get past me. Here's what I came up with.

45 songs in playlist here, then 15 albums, then some final thoughts ï¿½"

Hope you like it & discover some new music here. Enjoy.


Favorite Fifteen 2021 Albums (As Of This Writing)

The best trend for me this year is that so many contemporary artists looked backwards to funk as an inspiration. Here's the high point.

There seems to be a little genre of critical darlings like Snail Mail, Lucy Dacus making some indie noise in 2021. Picture that but actually fun sounding and not afraid to be danceable.

Mike Mannion, a mensch of a guitarist whom I love playing with, turned me on to Goose. They are a jamband, so they might not be your cup of tea. But most exciting jamband to hit since .moe for me. Their success during pandemic is an inspiration.

I give up, she's incredible. Two of my favorite songs from the year on the playlist below are from this album - and they're just the ones I've been playing on repeat so far.

As you can read below, I've been scouring critics lists this past week and I'm so goddamn sick of the indie-ness of everything that it made the latest Royal Blood come alive as the antidote. Reminds me of Imperial Drag (the Jellyfish spin-off).

6) The Mountain Goats - Dark in Here

The album might start a little too preciously for you but stick with it. Think of them as a less annoying version of The Decemberists.

Again, I was suffering indie-fatigue on these playlists. These guys, who I'll say is between The Jayhawks and The Hold Steady, scratched the itch to hear actual rock.

If you're going to listen to whispering naif music, you might as well listen to the best. You gotta be in the right mood for this, but when you are ï¿½" wow.

Mostly covers and these two made an album like this before - but I think this is even better.

They've got a Black Crowes and Zac Brown Band pedigree and it shows. Another rock album for those who like to rock. Who knew being an actual rock band in 2021 would be such a novelty.

I love this kind of alternative britrock, and on a couple of quick listens is seems a little "smaller" than previous albums in terms of big sound and audacity. But looking forward to peeling more layers off of this onion.

Sounds nuts but these songs/tracks were designed and written as music therapy with intended healing effects. Not for the radio, but beautiful stuff that should be tried.

I'm listing this alongside the Esperanza Spalding album because they are real albums with cumulative longterm effects, like the poor man's A Love Supreme. Nutty mix of groove, hard-guitar, synth and retro bouncing all over the place.

The music world is kind of taking her for granted. She's of the current indie sound scene, but seems so much more assured than the artists higher up on the 2021 best-of lists. Just like I wouldn't listen to The Polyphonic Spree every day, but if I took an edible and put on my headphones, it would be an incredible night.

Kinda like how you could mistake The Mountain Goats for Oregon or Carolina indie hipsters, but Mountain Goats and Bowerbirds are much more tuneful. Plus great harmonies.

15) Nathaniel Rateliff and the Night Sweats - The Future

If you don't know these guys, they're right in that sweet spot between a jam band and junior Avett Brothers. I'm looking forward to building a relationship with this new batch of songs.

Additionally, here are some albums I really wanted to like enough to put up there in rapid succession; perhaps they're up your alley: Neil Young & Crazy Horse - Barn; Halsey - If I Can't Have Love, I Want Power; Allison Russell - Outside Child; Kacey Musgraves, star-crossed; of Montreal - I Feel Safe with You, Trash; Modest Mouse - The Golden Casket; Paul Weller - Fat Pop.

During my cramming session to read major sites and critics year-end best-of lists, one thing really hit me: critics don't know how to describe music. Granted, it is a nearly impossible job to describe how songs sound. But good God, go read some year-end entries and see if you can't tell the difference between an ethereal synth record and a 90's punk band.

I know it's imperfect but instead of writing a paragraph about a lyric, give us the old cheesy descriptions using comps like "a cross between Led Zeppelin and Georgia Satellites" or "similar to Frank Ocean" and we'll at least know what ballpark the album you're talking about is in.

As I was sampling my way through critics highlight playlists, the low-fi girl rock, and low-fi depressed synth albums, it hit me that I'm not in love with what's been singled out as great in the 2020's so far. Don't take that for a old man rant that music isn't what it used to be.

Au contraire, I think there's been a lot of incredible music recorded this year. But since it's so hard for artists to break through the noise and clutter out there, it will take time for these songs to bubble up for all of us. To put it another way, in the year 2030, you'll have a lot of favorite songs from 2021. You just haven't heard a lot of them yet.


If you’ve got some suggestions, we’d love to hear them.