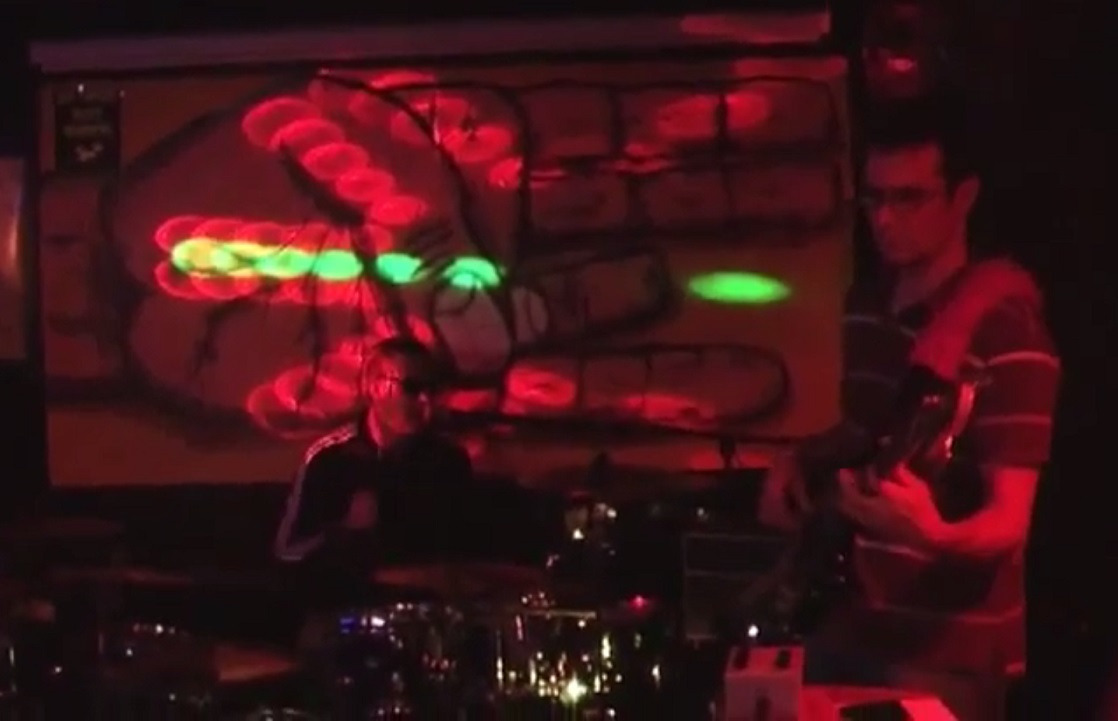 Posted by Charlie Recksieck on 2022-01-04
In interviews and just in casual conversation with friends, a question that always comes up for band members is: "What was your favorite gig?"

Sure, we could say playing best local venues on big stages like Humphrey's, Belly Up or House Of Blues. It's tempting to talk about some festivals with our biggest audiences. A couple of local tv performances were fun. And shows while on tour are incredibly memorable. But Shay and I have both agreed on what the most quintessential Bigfellas gig was: The Last Call in San Diego


About The Last Call

The Last Call was a straight-up dive bar. It was a remarkably unremarkable watering hole in an unremarkable vaguely shitty neighborhood in San Diego. I've been a lifelong fan of dive bars and I do think most of the greats have character; The Last Call did not, although there were lots of Polaroids of smiling patrons on the wall. (You may notice that I'm writing in the past tense. The Last Call’s closing time was about 5 years ago and has been replaced by a friendlier City Pub.) You're not excited to live in walking distance of The Last Call but if you did, it was a great place to have a couple of cheap bourbons that you probably needed.

We probably spent 80 to 120 hours in The Last Call and I don't think I ever had a particularly memorable conversation with a patron or can come close to remembering a single bartender's name. Nobody was rude or particularly unfriendly. I'm tempted to say "It's where fun goes to die" but that's untrue; it might have been the most even-keeled, low-grade boozy location to drink I've encountered.

Let me put it this way, it checked all the boxes of a dive bar but you never left there with great stories. It’s in stark contrast to other San Diego dives, where almost every time I step into The Nite Owl, Captain Keno’s, Star Bar, Pacific Shores, West End, Nunu’s, Silver Spigot, The Kraken, Peter D's, Silver Fox, Aero Club, Club Marina, Lancers, Cardiff Office, The Beachcomber, High Dive, Tivoli, Catalina Lounge (I could go on), when you walk in there was almost a thought bubble over my head reading, "Oh, game on!" 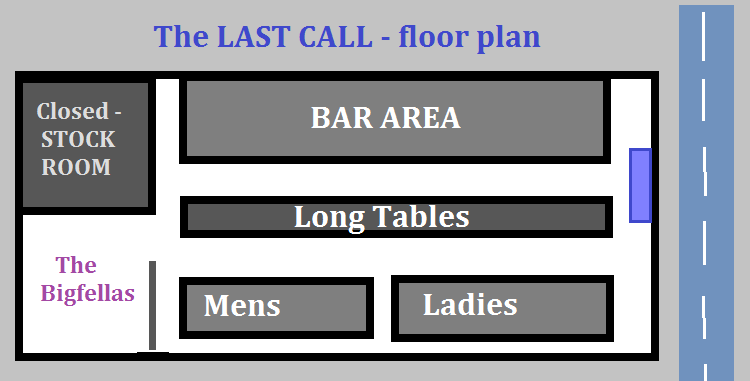 OK, here's a crudely drawn floor plan I just made. My sketch work does not show the detail of the smokers out front on the street, the shaky looking but delicious Ethiopian restaurant next door, or even the feel of the place. But what you should be able to glean from this is that bar patrons were in the main section and then in that lower left quadrant you have a band with just enough room for their equipment and speakers.

I hope my drawing conveys how nobody in the bar could see us play and nobody even really had room to interact with us. Playing there for three hours a night, in the actual time we were in the musical boiler room the only person in there would sometimes be the bartender coming there to get to the stock room. The patrons were always nice enough when we were out on break. But there was no groupie adulation to be had here. In fact, on a smoke and drink break it was remarkable how few times it was acknowledged that we were the people making the music there. Understandable since we were unseen performers.

The Bigfellas really did love playing there. I can't fully explain it. They offered us good pay and free drinks, no matter how many we had. (OK, I guess I did just explain it.) It was like a paid rehearsal and a standing Friday night date for us. After using the word "date" I must stress that this was NOT the gig you made the wives and girlfriends come to. They always had the night off for our Last Call residency, as did our friends.

We just got a place to play our asses off and keep the band relatively sharp while we were playing about 7-8 gigs a month. In sports terms, think of it as a scrimmage game.

The other amazing thing about the gig is that we played LOUD. There were low ceilings there and Shay could hit a snare drum like he was using a baseball bat if we were all into one of those moods. Nobody ever complained about the volume or told us to turn it down. No one. If you have never played in a band then you might not be able to wrap your heads around how nuts that is. You could be whispering bossa nova music or playing a ballad and most bar managers still will come over and have that passive aggressive conversation that starts with "I don't want to be an asshole, but ï¿½"." I'll put it this way: the caretaking metalhead making minimum wage at a rented rehearsal space in an abandoned industrial neighborhood would tell you to keep the noise under control more than the Last Call staff.

It should go without saying that we could play anything we wanted there. Let's say we had a new song we were working on; we could sneak it in about 4 or 5 times as long as it wasn't all in a row. Nobody. Gave. A. Fuck. At. That. Place. Which is exactly what our band was all about.

Oh, here's another interesting fact: Shay and I both got poisoned from bad beer tap lines which apparently never got cleaned. Twice. Each. You know what they say, "Poison us once: shame on you. Poison us twice, shame on us. And we'll switch to bottled domestic beer now."

Hopefully, this doesn't sound like a bad Yelp review of The Last Call. We loved it. We're just still not quite sure why.

Perhaps some of it will come through in this video filmed in our tiny room at The Last Call: