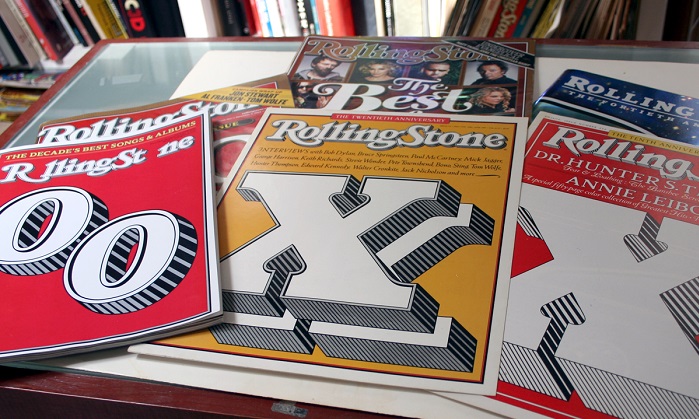 Rock Critics
The Good, The Bad & The Pretentious

Posted by Charlie Recksieck on 2022-06-21
As a guy still making records that are beloved to dozens, I could have a lot to say about rock critics from a "reviewed" perspective. But that's a different article that I'll write sometime.

Today, I'm writing this as a music fan. What makes a good rock critic? Obviously, this is just my opinion, man. I'm going to sound catty throughout this piece, I can already tell. But keep in mind that all of this should be on a sliding scale. Writing about music is by its nature an effort to use words to describe the indescribable. As Theodore Dreiser said, "Words are but the vague shadows of the volumes we mean. Little audible links, they are, chaining together great inaudible feelings and purposes."


What Is The Job?

In practice, it seems like "music critic" is a pretty broad brush. Anybody who writes anything about any music can semi-reasonably think of themselves as a "music critic."

I just Googled "rock critic job description" and one of the better articles that came up was this piere by Shelly Morgan in the Houston Chronicle. There, Shelly describes the ideal critic as having musical knowledge, the ability to hear nuances the average listener wouldn't, and possessing great writing skills.

Right away, we could maybe say most people writing about music online and even in professional publications aren't qualified for the gig per se. Most music writing boils down to "I love X" and "I don't like Y". And in all seriousness, maybe the job isn't much more than that. Hopefully not.

There's an old saying that "writing about music is like dancing about architecture" which is similar to my opening statement that it's an almost impossible job.

That said, music criticism sure as shit does have a value. The articles or reviews can, in themselves, actually be entertaining. Moreover, what we all kinda need from a trusted rock critic is to be some sort of consumer advocate, the music equivalent of Siskel & Ebert giving a thumbs up or thumbs down.

Veteran rock critic Robert Christgau has the right idea when he called his book (and subsequently his online database) the "Robert Christgau Consumer Guide". That's what we want. Case in point, here's their review of our debut album: https://www.robertchristgau.com/get_artist.php?name=The+Bigfellas


Beloved San Diegans reflect more wittily and tunefully than most on their normally displaced lives ("Reinventing the Wheel," "Wish You Knew"). **
That review is a bit more complimentary and barely longer than the legendary review of Spinal Tap's "Shark Sandwich" .

To me, the most legendary music critics are the ones who insert themselves into the article like Greil Marcus and Lester Bangs. Or they can use the music in question as a jumping off point for an interesting discussion of something larger than just the album in front of them, a la Chuck Klosterman or Nick Kent.

Reading "Mystery Train" by Marcus or "Psychotic Reactions and Carburetor Dung" by Bangs at age 19 blew my mind. Up to that point in my reading, rock critics were just pompous conventional rock wisdom copycats like Robert Hillburn in the LA Times. I devoured the mythopoetic stuff about The Band and Randy Newman (who had both became my musical role models a year before) in Mystery Train like I'd discovered a new food group.

I was guilty of writing some of those ham-fisted Lester Bangs knockoffs in my own journals and letters to friends at age 21. Even this whole blog where you're reading this very moment is a kind of destitute man's rock Substack.


Good Ones - Meat and Potatoes

More than a brilliant writer with an inventive narrative, what I really want in a music critic is somebody who can tell me what the music sounds like. The more workmanlike critics, like Rob Harvilla or Richard Melzer (whom I've been lucky enough to have read regularly in the local San Diego alternative weekly), seem to do what is shockingly rare in music review: the discuss the album the artist made, not lamenting why it doesn't sound like something else.

Classic era Rolling Stone critics like Dave Marsh could be a little pedantic (to be revisited below) but they described the music.

Again, it's the hardest part of that whole gig, to use words to describe music. Too many critics bail on that part of the job and instead quote a few lyrics and/or talk about some gossip they've heard about the artist.

In the following section, I'm gonna list a few 2021 year-end reviews that somehow avoid discussing the sound of the albums. So it's only fair that I give an example of the same type of article from The Guardian where these little 50-80 word reviews quickly mention sounds and musical styles ï¿½" and succeed in this format.

Here's a pretty fair online forum discussing and opining on the greatest rock critics ever.


Bad Ones - Yeah, But What Does It Sound Like?

At the end of every year, I take 1-2 days to catch up on what music came out in the year. (I got into the process here.) I read a lot of critics' year end lists. Granted, this is the Cliffs Notes version of reading rock criticism, but I read these with two questions about all albums: "What does it sound like?" and "Is it good?"

I'm going to throw you a cross-section of these year-end pieces. And these are all pretty esteemed sources and publications. Read a little bit of these pieces in Esquire, in Rolling Stone and NPR to see plenty of discussion about an isolated lyric. And in some cases from the descriptions you wouldn't be able to tell if the album or song in question is rap or lo-fi indie folk.

These are the ones that give rock criticism a bad name. Too many adjectives. Keywords like "seminal" "proto-XXX", "power-pop", etc. An automatic devotion to Lou Reed and The Sex Pistols. An almost-cultish love of the two-guitar-bass-drums construct. They treat Sonic Youth like The Beatles.

And once venerable, veteran figures on the rock beat like Robert Christgau or Dave Marsh weighed in on a new, important album, that opinion would calcify into the conventional wisdom on the subject. Once they way critics were supposed to think about certain albums was established by this small group, then you could count on hackier critics like Robert Hillburn or Ben Fong-Torres to see things the same way. 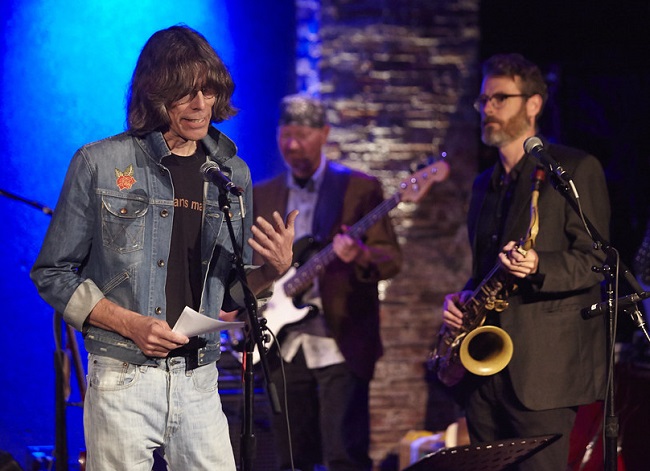 The poster boy for this predictable, middlebrow, faux-intellectual rock writing was David Fricke (above). That's ironic, because who wants to see that haircut or his Canadian tuxedo style on a poster.


"Congratulations, David Fricke. Your Rolling Stone review of U2's fourteenth studio album contains brilliant alliterative rhythms. When you write about guitarist Edge's 'skidding-blues licks,' drummer Larry Mullen Jr.'s 'rock-grip twist on hip-hop stride,' and Adam Clayton's notes that capture the 'contradiction of boogie nights and apocalypse now' on Songs of Experience, I covet your killer skills. The same goes for you, Jon Pareles. Who else in The New York Times would elegantly describe a U2 song as 'a celestial benediction over tremulous strings'?"
She's masterfully eviscerating rock-critic-speak. "Rock-grip twist on hip-hop stride"??? Shut the fuck up, David Fricke.

Yes, it's a tough gig. And in the modern blogger era there's been a shift away from David Fricke integrity of guitar rock groupthink toward less groupthink. There is no longer such a thing as a "dean of rock critics" and that’s a good thing. We’ve got less consensus. But we also no longer have friendly voices writing interesting articles pointing us towards new songs. We’re relying increasingly on algorithms predicting what you might like.

If you can find a critic you like, hang on to them like grim death. You need voices you trust turning you on to new things.