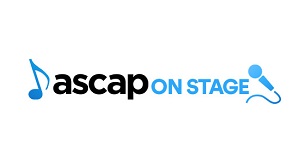 Posted by Charlie Recksieck on 2022-04-26
Every once in a while, we want to peel back the curtain on how the music industry works on the very bottom level (or outskirts of the music industry, pick your metaphor).

This week it's just a look at one tiny nook of how artists get paid: Live performance songwriting royalties.

What's a P.R.O.? That stands for Performance Rights Organization. It's an organization to protect songwriters; you can think of it almost like a union, except much much better. Their main objective is to collect songwriter royalties from a ton of different groups: radio play, record sales, streaming services, film & tv placements, live performance, etc.

Our alignment is with ASCAP - which, along with BMI and SESAC, comprise the three songwriter royalty organizations. We are consitently so happy that we chose ASCAP. Even though their main purpose is to find, collect and pay us our royalties on our music, they also offer conferences, consulting and a lot of other great services. Personally, they are completely underutilized by musicians and songwriters; it reminds me of how incredible professors have office hours at universities that students never take advantage of.

It varies for a little group like us, but a great month for royalties for us would be like $100-200. Seriously, that's the best we ever do, so nobody's really getting rich here.

The ASCAP statements are incredibly detailed. It's a real trip to go through them from time to time and you see some really odd gems. For a time, Pandora was playing the hell out of a lesser-known song of ours (even by our standards) "Johnny Get Out Of The Sky", we still have no idea why. One time we had a song in something on Polish tv we had no idea about.

One major area that you might not be aware of is how PROs collect from live performance venues. ANY place that has live music is supposed to be paying fees to all three of the PROs.

If you don't believe they are diligent about it, think again. In 1996, ASCAP went hard after the Girl Scouts Of America for licensing songs sung at campfires. We've played in a dive bar and the manager turned off the power to stop us playing a song by Beck because they weren't paying ASCAP. (We have no problem playing original if that's what the club wants; though ask audiences about that.)

There's a venue we love near Anacortes WA where the locals on the island were warring with management. They sicked ASCAP on the owner and really got him busted.

ASCAP has a section of their website for performers (called ASCAP OnStage) where we can list what songs were performed. Usually we input that, although a lot of performers do not do this. The last section of this post below should show you why we do it.


Depends On Which Venue

The amount a venue pays ASCAP obviously varies dependent on how large it is or how many people they have there listening to music on average. Similarly, as a songwriter you get paid more per performance of your songs depending on the size of the venue.

Here's our OnStage royalties for one month. Notice the difference in payment for the same songs.

You can see the red, smaller royalties were for a show at En Fuego Cantina in Del Mar. The larger, blue ones were from House Of Blues - San Diego.

Right away you can tell that we might not necessarily be motivated to enter ASCAP OnStage data for every small show, since each song is drawing 25 cents. But look at House Of Blues, $2 a song. If we played 10 originals, that's $20. And then remember that those are just songwriter royalties; we also fully own our own publishing rights, which is the same amount. In our publisher ASCAP login, we would get the same $20 as publishers.

OK, $40 isn't much. But it doesn't take that long to enter. And on local shows that might only be paying us $100 or $200, that $40 can goose it a little bit. We get so used to being underpaid as a local band, it's nice to exploit the system for what we're fully owed. $40 of royalties here, $60 of CD sales there, $40 in tips - it lets us go from the world's worst hourly wage to merely just being underpaid.