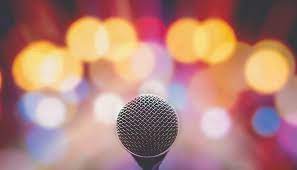 Posted by Charlie Recksieck on 2022-05-10
The "working interview" is a new trend in hiring. As defined by Indeed, "A working interview is a hands-on interview where employers can see a candidate’s ability to perform a specific job or task." Basically it's doing the job or doing some real work with/for the team to see if you really fit in and can do what you say. A good enough idea.

Guess what? It took about four minutes before lots of unscrupulous and/or ignorant businesses tried taking advantage of the situation. Google the phrase "working interview" and you'll go down a rabbit hole of nightmare stories of people looking for work performing the working interview in good faith and 1) Not getting hired (which is perfectly acceptable) but 2) Not getting paid (which is illegal).

We are all for interning or doing things for free to show your worth when it’s appropriate. Our ultimate message is that there are some legitimate occasions where you should do something for free to demonstrate your worth and attract new clients, new job, new gig. But keep your spidey senses up to sniff out an unscrupulous business taking advantage.


Splitting This Article Between Two Blogs

I write these articles for two separate blogs - my career in software development on Plannedscape and also my band's music website: The Bigfellas. This is a fun week where I can use half of this content in an article that makes sense for both blogs. Plus, it saves me time to not write a full second article this week.

Unfortunately, businesses taking advantage of aspiring new hires and bands looking to break into new music venues has a lot in common. People often expect you to work for free because you need them more than they need you. I'm urging you: Don't fall for it.

Yes, there are times when it's ok to play a showcase to get your foot in the door. And clubs shouldn't have to pay rookie or subpar bands a guaranteed amount if nobody is coming in the door.

But if that club is having a decent night while a band is playing and they aren't paying the band or paying them peanuts, it's definitely not cool.

We've all probably heard about how "pay to play" situations have killed a lot of the live music industry. It's true. Once bands agree to play for little or no money, it devalues it for all of the other bands. But if you're one of these bands, you've also clearly set the value of your music: $0. That's a terrible message.

The idea of putting the onus on bands for "bringer shows" to draw crowds is a short-sided one for clubs. We've seen several venues in San Diego that used to be decent. In the 90s, "Dream Street" in Ocean Beach was a great venue, always booked great bands. My friends and I frequently just went there to see whoever was playing there. Then they went to the dark side of bringer shows, booking any awful band to bring 30-50 friends and if they did, they considered that a good move. Those first few months of going to pay-to-play initiates a launch sequence for a music club that always ends with the club circling the drain, creatively and financially. Always.

Sure, the Belly Up in Solana Beach here considers a band's draw when they're booking. But they also care if the music is good. That's what gives a music venue a good reputation and keeps them doing well while other clubs fall by the wayside.

Club managers who do no musical curating in their booking decisions are leaving the success of their club up to chance.

Again, they shouldn't have to hire bands that aren't selling drinks. That IS the business.

The easiest rule of thumb is that if a bar is making money while music is playing - then there is no reason or moral high ground for underpaying musicians.


Clubs With No Native Audiences

It's a bad business model to depend on musicians to be the primary promoters of your bar or restaurant. Do you know some musicians? We are not a model of organization and "go-getters".

For these bars with no native audiences, if you put the onus on first-time bands to bring their friends, congratulations; it might work for one night. But you've not found a band who is going to bring a lot of customers their third or fourth night there.

Make them a partner in an everybody wins situation. Winstons here in San Diego for their lesser spots give the band $2 a head for everybody who walks into the bar while the band is playing, on nights with no cover charge. This is smart. I can't tell you how many times I've been on stage and watch a group of tourists talking with the doorman for 3 minutes and end up walking away because they don't want to pay a $3 cover. Winstons doesn't fall into the cover charge trap.

The Saddle Bar here in Solana Beach pays bands a percentage of alcohol sales. That's actually more common in bars and music venues outside of California. Southern California with its glut of kinds with bands trying to make a name for themselves unfortunately became the birthplace of pay-to-play. Too many thirsty performers willing to give it away, in our opinion it ends up bad for everybody, including and especially for those short-sighted clubs like Dream Street above.


Clubs WITH A Native Audience

OK, these places are even worse. There are establishments that do fine and have a thriving regular crowd when bands play. When one of these places take advantage of bands, it really pisses me off.

Look at last week's local newspaper listings for The Coyote:

This is the same as any other week. Sunday is "live audition" night. Instead of doing the research, just looking at a bands website or watching their video for 20 seconds, they have opted to rig a system where a different band will play for free for 4 hours every Sunday.

Why? Because there are enough bands willing to do it. Clubs like this buy into a "bands need us more than we need them" dynamic and take advantage of it. Go there on a Sunday. They are still making money. The band isn't. And the reward for doing well? Then they get to play there perhaps twice a year for $300-400 and free drinks. I mean that's the going rate, so it's fine. But it's not a "brass ring" or winning the lottery.

Again, if a business is making money from you working, you need to be paid.


Common Summary (On Both Blog Posts)

Everybody in their jobs these days are feeling pressure to make more money with less assistance. So of course. there's a temptation to cut corners. If you need a tryout to see if your potential new musician or employee can really do the job, then find a fair way to do it.

But if you're trying to take advantage of "working interviews" or struggling prospective employees because you've got the upper hand in a mismatched power dynamic, then shame on you. Be better, or at least be less shitty.